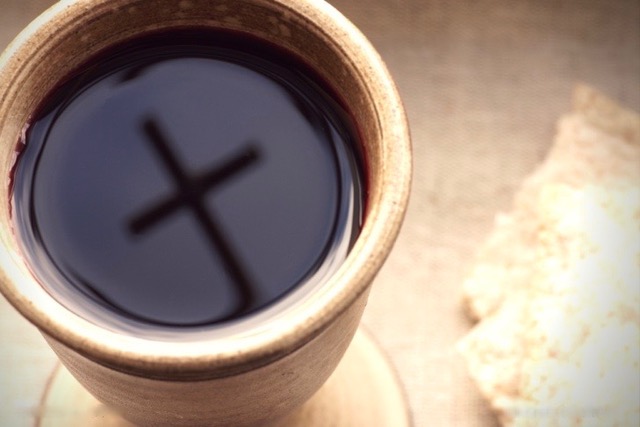 I got a chance to re-watch one of my favorite movies the other night. It’s Indiana Jones and the Last Crusade. Do you remember it? It’s the one in which the mild-mannered college professor and nearly-fearless archeologist, Dr. Indiana Jones, played by Harrison Ford, finds himself on a quest to find the Holy Grail and rescue his father, a more “bookish” Dr. Jones, played by Sean Connery, from the clutches of the evil Nazis. All sorts of folks are in a race to find the Grail, and the motives of some are purer than others. Because, you see, possession the cup used by Jesus at the Last Supper, the same cup used by Joseph of Arimathea to catch the blood of the crucified Christ, was sure to bring its finder fame, fortune and even eternal life.

They find it, of course. At the end of the movie, the elder Dr. Jones is mortally wounded by the chief bad guy, which forces our intrepid hero to navigate a death-defying obstacle course through an ancient ruin, overcoming various traps and pitfalls to reach the chamber in which the Grail resides, guarded by an ancient Crusader knight. And here is where all of the seekers encounter their final and most perilous test. The one, true Grail is sitting on a shelf surrounded by dozens of other cups and chalices of various shapes, sizes and designs… some very ornate, others far less fancy. Which one is it? Eternal life is within reach… all one need do is choose the right cup, fill it with clear water from the font standing nearby and… sip. “You must choose… but choose wisely,” said the guardian knight. Sipping from the wrong cup will lead to death… and eternal damnation. Not surprisingly, the chief bad guy chooses poorly and, in sipping from the bejeweled chalice of a long-lost earthly potentate, looses everything. Indy, however, lays hold of the right cup, the simple, unassuming cup of a carpenter, and uses it to save his father’s life. What a great movie.

In our lesson from Hebrew Scripture today, Abraham was faced with a cruel choice: he either had to obey God’s command to do the unthinkable… and trust God to keep his promises and make everything right in the end, OR… to do as he wanted to do (or not do)… to play it safe, and hold onto what he had… and hope that God would cut him some slack. In the end, of course, it’s not about God cutting us slack, is it? God doesn’t punish… I believe that to the core of my being. But God will let us suffer the consequences of things done and left undone so we can learn and grow into the creatures we were made to become. In any case, disobedience wasn’t an option for Abraham. No matter the consequences, the potential for dashed hopes and dreams… no matter what Sarah might say… Abraham was faithful… and obedient. And we all know how the story ends.

Now, I could preach a lick about the parallels between the ram caught by its horns in a thicket… and the lamb of God who takes away the sins of the world… God’s only son, sacrificed so that we might be saved. And I might throw in a little “geography lesson” and explain that Mt. Moriah, where the story of Abraham and Isaac takes place, almost certainly became what we now know as the Temple Mount… the site of the first and second Hebrew Temples in Jerusalem… and that it is formed from the same narrow vein of limestone karst as another hill… just outside the City walls… a hill called Calvary.

But that’s not what I’m going to talk about today. What I’m going to talk about today is just how odd a testament of faith our Bible can seem at times… full of stories and characters that make us wonder, “who are these people?” Some of the most famous progenitors of our faith: patriarchs, prophets and kings… could also be cowards, cheaters, murderers, philanderers… and some might even say child abusers! What kind of father would take his son out into the wilderness, tie him up and offer him as a blood sacrifice to an entity that most folks can’t see, hear, smell or touch? What would we do with such a person in this day and age? We’d call him crazy! We’d lock him up and throw away the key… that’s what we’d do. And we should. There’s no place in our society for that sort of behavior. But Bible stories, like the one about Abraham and Isaac today, aren’t meant to titillate or horrify us. And they’re meant to do more than simply remind us of the need to be faithful and obedient to God. Yes, the story of Abraham and Isaac is about painful decisions… and the need to choose wisely, but it also serves to remind us that, “that which is not of God, God can redeem.” God never wastes anything. God can bring good even from the most horrible, heinous things we encounter in this life.

And here’s some food for thought: while we may rant and rail about the inhumanity of a father tying up his son and offering him as a blood sacrifice to God in the wilderness… are we not willing to bind our own sons and daughters with oaths… and send them out into the deserts and mountains and oceans of the world to lay their lives on the line for what we believe is right? …to offer up our own children on the altar of national security… in the cause of freedom and democracy? Yes we are, and yes we do. And we’d best be thinking about that as we sit and listen to the story of Abraham and Isaac. Like Abraham, we are willing to sacrifice that which is most precious to us… in blood and treasure… for what we believe is a greater good. And there’s nothing wrong with that. In fact, there is a lot that’s right with that… as long as our first aim is to listen and be obedient to God’s will. When we stray from that ethos, however… when we give in to our own “idols” and earthly priorities—what we think we want—we run the very real risk of choosing poorly, like the chief bad guy in the Indiana Jones movie. And the results are predictable.

This nation, America, is a special place. We can be a “city on a hill,” we can be salt and light to the whole world… when we pledge our lives, our fortunes and our sacred honor to the cause of furthering justice and peace among all people and promoting respect for the dignity of every human being each day… and every day… of our earthly sojourn. That’s a big part of our Baptismal covenant, you know. The rights to life, liberty and property are wonderful things… they’re gifts from God. But we sometimes turn them into idols, don’t we? …unassailable “Holy Cows” with which we Americans seek to insulate and protect ourselves from things that are dirty, smelly, inconvenient and dangerous. This is not what God intends. This is not why Christ died for us. Certainly Christ died to save us from our sins, or perhaps to save us from ourselves… but there’s more to it than that. Someone, somewhere once said that Christ died not only to save us from something, but also to save us for something.…

Why have you been planted here… in the greatest nation on earth? What have you been saved for? And what are you going to do about it? I hope you think on these questions… and I hope you choose wisely.

One thought on “You must choose… but choose wisely”