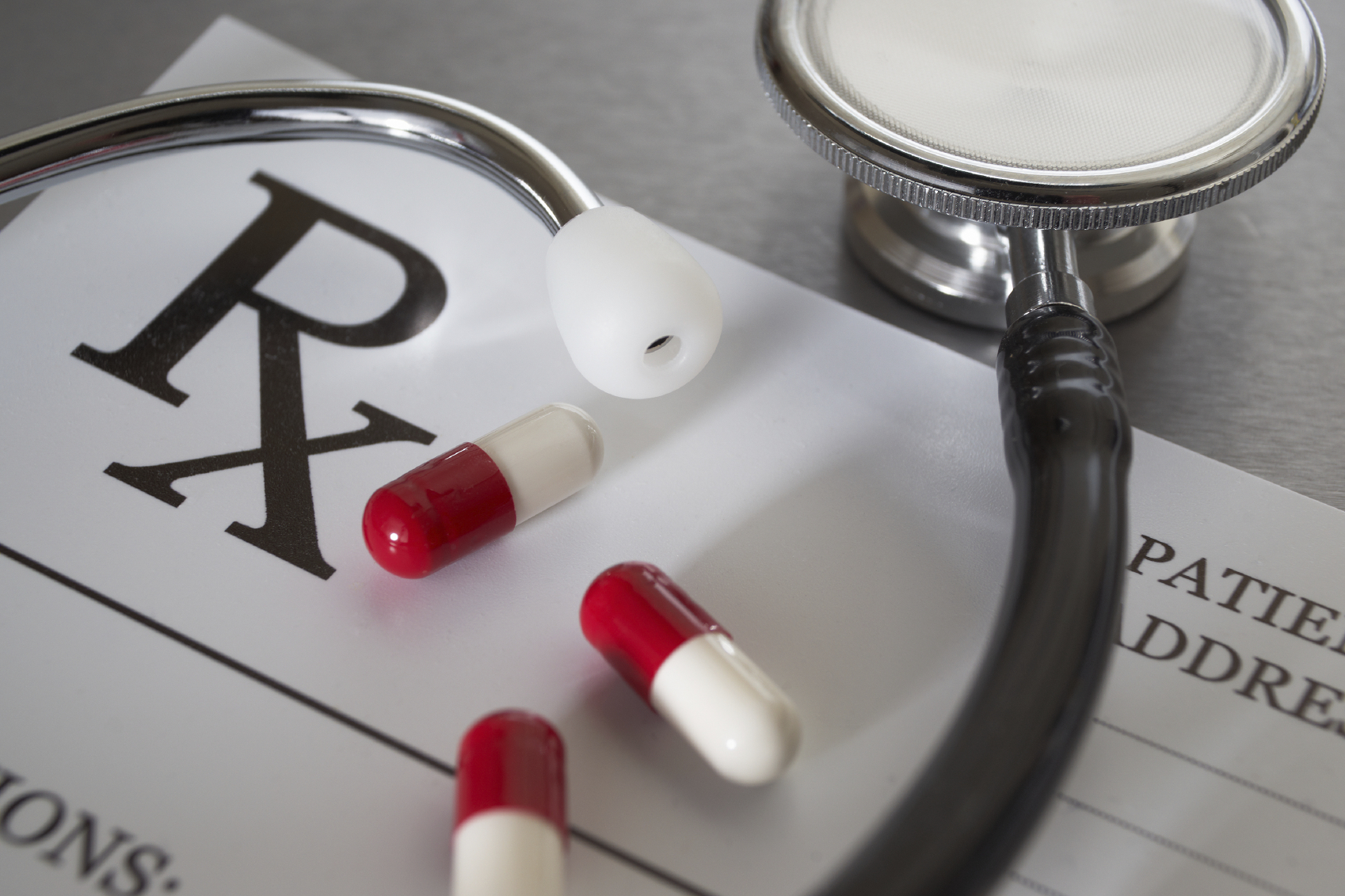 So, I guess Jesus may have been a little bit ticked off in today’s Gospel lesson.  What do you think?  His manner and tone were a bit out-of-character… at least they seemed that way to his friends and family.  Up to this point in Mark’s gospel, we haven’t seen Jesus get quite this “exercised,” but God became incarnate in order that he might fully see, hear, touch, taste, smell and interact with the world around him the same way that you and I do. Jesus was God’s only son, fully-divine and yet he assumed the full mantle of our humanity because, in the words of St. Gregory of Nazianzus, “That which he has not assumed, he has not healed.” And so, perhaps Jesus’ exasperation with the scribes shouldn’t be all that surprising.  After all, he had been preaching and teaching up a storm as he moved through the Galilee casting out demons and curing the sick and the lame to beat the band.  And the Jewish religious elites of the time had begun to take notice.  “Oh boy, here comes another rabble rouser from the north country claiming to be the messiah…” except that Jesus hadn’t claimed anything of the sort until pretty recently.  Up to this point, it was only the demons who had it figured out (Mark 1:24 and 3:11-12).  And I’m pretty sure that some of the folks Jesus had healed also had an inkling, but Jesus hadn’t made a big deal about it… until recently.  Like the time he excused his disciples breaking the law of the sabbath as they gleaned heads of grain from the field by telling the Pharisees that, “The Son of Man is lord even of the sabbath.”  And he seemed to be referring to himself.  That raised their hackles a bit.  And then, later that day, he challenged them again, this time on their own turf in the synagogue, asking them, “Is it lawful to do good or to do harm on the sabbath, to save life or to kill?” And, as they hemmed and hawed, Jesus looked them in the eye and healed a man with a withered hand right there in front of them (Mark 3:1-6).  The gauntlet had been thrown.

You know, I wonder if, as we read or listen to these stories, we sometimes imagine Jesus standing in the midst of an attentive crowd, wearing a clean white robe, speaking slowly, quietly and with perfect diction (think Alec Guinness as Obi-Wan Kenobi): “How can Satan cast out Satan?  If a kingdom is divided against itself, that kingdom cannot stand.” But I’m pretty sure that wasn’t the way Jesus was talking in today’s Gospel story.  Emotion was building.  His ministry was picking up steam… huge crowds were beginning to come from far and near, hungry to hear what he had to say about the coming kingdom.  And when he wasn’t preaching to the multitudes, Jesus was forming the twelve: telling stories, interpreting Scripture, cajoling and sometimes reprimanding them, trying to cram as much understanding into their thick skulls as possible about what God had in store for them after he was gone.

He must have been exhausted—wiped out—with all of this nonstop preaching, teaching and healing.  And now here he is, back at home, and his kinfolk show up to restrain him… because some folks say he might be off his rocker.  Thanks, family!  I’m trying to work here!  And then the scribes piled on: “He has a devil!”  And Jesus “called to them,” or maybe he yelled at them: “What are you guys… nuts?  The devil doesn’t cast out devils… the devil casts in devils!”  And then to the crowd: “You see what these folks are trying to do, don’t you? I’m here to lead you home… so that you can reclaim your inheritance as children of God.  But these scribes and Pharisees are doing the best they can to turn you from the path of truth by trying to discredit me and cast doubt on my message, which is actually God’s message.  Don’t be taken in.  Watch what I do.  Listen to me.  No matter what you’ve done, no matter where you’ve been, God’s arms are open to you.  You will be forgiven.  But these religious elites who are blaspheming the Holy Spirit and placing themselves between you and salvation?  Things may not work out so well for them… trust me.”  Lots of emotion.  Visceral, soul-sapping emotion.  But that’s why Jesus became fully-human: so that he could stand with us and among us… feel the anger and the temptation and cynicism that is so much a part of our daily lives… and yet, not be overcome by it.  Because that which he has not assumed, he has not healed.

We get ourselves into so many messes, don’t we?  In our reading from Hebrew Scripture this morning, we heard about Israel’s elders coming to Samuel, who was both Judge and Prophet to them, asking that he appoint a temporal king to reign over them.  Imagine that: the chosen people of the King of the Universe decide that that’s not enough for them.  They want to adopt the ways of the world… and be like everyone else.  “Be careful what you ask for,” said the LORD (1 Samuel 8:4-11).  For the past five hundred years or so, God had let them walk their own path for the most part, providing them with a succession of non-elected, non-hereditary leaders, known as Judges to rescue them from their oppressors when they got themselves into a bind, and help them return to the path of righteousness when they strayed. Five hundred years of God’s particular attention and Providence…and the elders of Israel thought they could do better with a ruler of their own choosing.  How often do we do that?  How often do we trade our inheritance as the children of God for a worldly inheritance that brings us very little but misery and strife in the long run?  But God lets us do it.  “Go on, have it your way,” God says.  “You’re not going to be happy, but you need to figure that out on your own. I’ll be here when you’re ready.” And so, the people of Israel got Saul. We’ll hear a little more about this first King of Israel over the next few weeks.  Suffice it to say that it was not an easy road that the people chose for themselves, or Saul, for that matter.  But they had to work through that on their own.

Meanwhile, God never abandoned them.  He remained as present in the lives of his beloved sons and daughters as he was invited to be, always ready to save and forgive.  Our God is a God of a million second chances.  And our salvation history is replete with one covenant between God and humanity after another, from Noah to Abraham to Moses to David… God’s almighty Providence made manifest through the work of prophets and Judges… deliverance upon deliverance, up to the Advent of Jesus Messiah, and the New Covenant: God, himself, stooping to be with us—and be us—because that which he has not assumed, he has not healed.

And you know what?  I’m pretty sure that Jesus didn’t end up neglecting Mary and his family that day in Nazareth, either. Yeah, maybe they had been swayed a little bit by the emotions of the crowd and had ended up making Jesus’ work a little harder.  But I wonder if the only reason they wanted to restrain Jesus was because they loved him and didn’t want him to come to any harm.  They just forgot for a moment who he was.  And don’t we all?  Don’t we all, from time to time, question the wisdom and sanity of a faith that tells us to love our enemies and turn the other cheek, eschew wealth and worldly success and even take up our own cross daily for the sake others in order to follow Jesus on the path of eternal salvation?  Don’t we?  You’d better believe we do.  But God lets us have it our way… lets us figure it out on our own.  And God is always waiting for us return and be forgiven. And I bet God’s Son was just as faithful to his earthly mother.  I bet that, after Jesus had made the point to his disciples about what constituted true brotherhood and true sisterhood, he quietly excused himself for a few minutes to do something important.  After Jesus’ outburst, Mary was probably ringing her hands a bit, beating herself up for not having been as supportive of her son in his work as she should have been. She’d known better, but she’d given in to fear and peer pressure.  She’d failed him.  She was probably feeling pretty dejected.  But then Jesus came and found her and made everything right in an instant.  I can just imagine him walking up, giving her a big hug and saying something prosaic like, “Hi, Mom.”

What do you think?  It’s not in the Bible, but it tracks with everything else I know about Jesus and God. So that’s my story and I’m sticking to it.  Mary was found and embraced.  Her relationship with her son was restored.  And God will similarly restore us to relationship with him when we stray… if we’ll let him.  No matter where we’ve been, no matter what we’ve done, there is nothing too difficult for God.  God is faithful.  God became us… so that he could heal us… and bring us home to reclaim the inheritance that awaits us.  Jesus came to earth to show us how we can become more fully-human in accordance with God’s wisdom and plan for our lives. That’s the healing.  So, the question becomes: Will we take the cure?