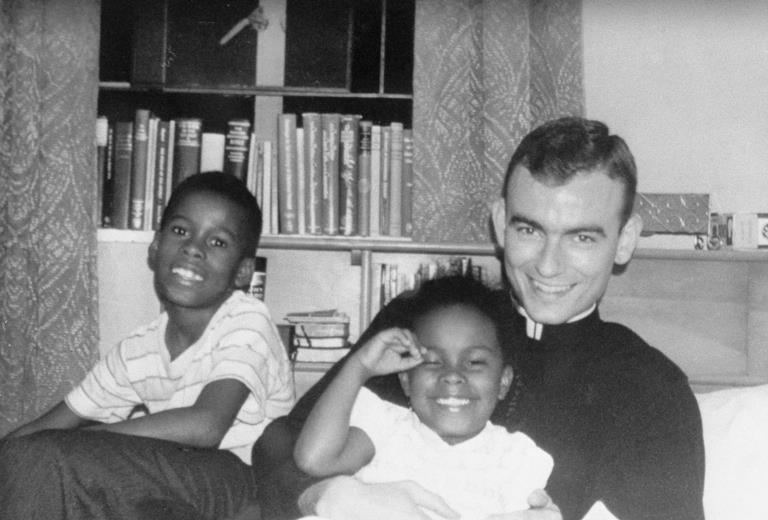 What’s the first prayer you ever remember praying?  Was it “Now I lay me down to sleep…?”  Or was it, “Our Father, who art in heaven…?”  As you grew older, did your prayers change?  “Please give me lots of friends… Please let this boy (or this girl) like me… Please help me pass this test (or get this job)….  I don’t know about you, but most of my praying when I was young, and even later when I was not-so-young, involved me talking and hoping God was listening.  As I became older and more mature in my faith, however, I’ve grown to understand that God is always listening, and always responding, though that response may manifest itself in unexpected ways.  My biggest challenge is to stop talking long enough to hear what it is that God is trying to get through my thick skull.

Prayer, I think, is as much about listening as it is talking.  King Solomon must have been a pretty busy guy: gadding about his kingdom keeping the peace, administering justice, raising revenue, offering sacrifices… all that stuff that kings do.  But when God spoke to him in a dream, Solomon took time first to listen—and then to discern the significance of what was being offered—before answering. You’ll note in your lectionary leaflet that we skipped a sizable portion of the text between 1 Kings 2:12—3:3.  You can read it if you want, but I’ll give you the “Cliff’s Notes” version: the transition of power from King David to his son Solomon hadn’t gone all that smoothly.  Oh, Solomon was in control of the kingdom all right, but he’d had to kill and exile a number of his father’s former cronies to consolidate his position.  And it was probably eating him up.  Tradition holds that Solomon was only twelve years old when he became King, and the politics and infighting between the old guard and the new were probably pretty intense.  He had a lot on his plate.  And yet… when God spoke, Solomon listened. Well, of course he did, you might say.  It was God speaking, after all.  But wait… this was not God speaking with the voice of thunder from the peak of Mount Sinai… this was not God speaking through the mighty words and signs of a prophet or angel.  This was more conversational… almost a whisper, really: “Ask what I should give you”(3:5).  And Solomon was listening.  And having a pretty good sense of his own limitations and wanting to please God above all else, Solomon responded: “[Y]ou have made your servant king in place of my father David, although I am only a little child; I do not know how to go out or come in.  Give your servant therefore an understanding mind . . . able to discern between good and evil” (vv. 3:7-9).  Solomon listened and gave in to God’s will for his life.  Solomon wished to be transformed, through wisdom, into the king he needed to become.  And God gave Solomon all that he asked for, and more.  Truly, there would never be another king like Solomon.

Those of y’all who have been here for worship (or who have read the e-newsletter) over the past few weeks will remember me reminding you that our denomination, the Episcopal Church, claims its own martyr.  Of course, there are many well-known Christian martyrs from the time of the early and reformation-era church, both Roman Catholic and Protestant, and the stories of twentieth-century martyrs such as Dietrich Bonhoeffer and Martin Luther King are similarly well documented.  But the only martyr specifically tied to the Episcopal Church is Jonathan Myrick Daniels.  You may recall that Daniels was an Episcopal seminarian killed in the service of Christ about two-hundred miles from here, fifty-three years ago tomorrow (20AUG).  Tuesday, August 14th is his feast day.  Jon was born in 1939, and raised Congregationalist, before joining the Episcopal Church during his high school years.  And, incidentally, he worshipped at St. James’ Episcopal Church in Keene, New Hampshire.  How about that?  He thought about becoming a priest when he was young, but nothing ever came of it.  He also considered a career in the military, and attended Virginia Military Institute (VMI), where he was elected Valedictorian of his graduating class in 1961.  Like many young people, he often struggled with his faith.  But God works in mysterious ways and, wouldn’t you know it, Jon decided not to join the military after all, electing instead to study English literature at Harvard.  The following spring, he had a “conversion experience” during Easter services at Church of the Advent in Boston (1962) and ended up switching to Episcopal Theological Seminary (ETS) in the fall of 1963, expecting to be ordained as an Episcopal after graduation in the spring of 1966.

God, apparently, had other plans.  Jon had entered seminary at the height of the civil rights era—and in March 1965, Dr. Martin Luther King Jr. called students from around the country to join him in Selma, Alabama for a march to the state capital in Montgomery to demonstrate support for civil reforms.  And Jon was listening… not only to the voice of Dr. King but also to the voice inside of him leading him, via the path wisdom and discernment, to fulfill the role that God had in store for him. One evening a few days after King’s call for solidarity, Jon resolved to go to Selma and lend whatever aid he could to the cause of justice and equality.  He would later write:

I had come to Evening Prayer as usual, and as usual I was singing the Magnificat with love and reverence . . . “My soul doth magnify the Lord, And my spirit hath rejoiced in God my savior.” As the hymn of the God-bearer continued, I found myself peculiarlyalert, suddenly straining toward a decisive, Spirit-filled “moment….” And then it came: “He hath put down the mighty from their seat, and hath exalted the humble and meek.” I knew then that I must go to Selma.[1]

So, Jon went to Alabama and stayed for the better part of the next six months advocating, educating, organizing and helping get blacks registered to vote… but I’ll skip to the end of the story.  In August of 1965, Jon and several others were arrested for picketing segregated business establishments in Fort Deposit, Alabama, and were taken to the county jail in nearby Hayneville where they were held for six days.  The living conditions were pretty squalid.  But they were eventually released and, tired and hungry, were awaiting transportation back to Montgomery.  A few of the group thought they might step around the corner to Varner’s Cash Store to buy a soft drink.  When they arrived, a local resident named Tom Coleman, armed with a shotgun, met them at the door.  There was a brief confrontation and Jon ended up taking a shotgun blast (meant for a young black female activist named Ruby Sales) in the chest at point blank range.  He died instantly.  Coleman claimed self-defense, but the facts argued otherwise: one of Daniels’ colleagues, Catholic priest Fr. Richard Morrisroe, was shot from behind as he fled the scene, though he lived to tell about it.  The martyrdom of Jonathan Myrick Daniels was but one episode in an epochal struggle for freedom and human dignity in twentieth-century America.  The murder of a 26-year-old, white, educated, priest-in-training defending an unarmed, black teenaged girl, shocked members of the Episcopal Church—and the wider, white establishment—into facing the reality of racial inequality in the South… and elsewhere.  But to this day, though much has been accomplished, the goals of true justice and equality for all remain elusive.

How long will it be before we learn to love God and our neighbor above our own petty desires and prejudices?  I don’t know… God knows.  But I believe that God can turn all of the rottenness we humans dish out to one another on a daily basis into great, great good.  And he’ll do it through us, if we’ll let him.  Jonathan Daniels, like twelve-year-old King Solomon, pursued the path of wisdom by first listening to God, discerning the significance of what was being offered and then stepping out in faith to do what God was asking him to do.  And in so doing I believe Jon, like Solomon, pleased his Creator.  I’m not telling you have to walk the exact same road as Solomon or Jon to make it into heaven… not everyone is cut out to be a king… or a martyr.  I am asking you, however, to tune your ears to the voice of God leading you along the path of wisdom and discernment and cherish and cultivate the “seeds” God has planted in your heart. That’s enough to keep us all busy for a lifetime!  And it will be scary sometimes.  But when we truly give in to God’s holy wisdom, we may find that our fears are put into perspective. I’ll leave you with something Jon had to say about fear towards the end of his time on earth:

I lost fear . . . when I began to know in my Bones and sinews that I had been truly baptized into the Lord’s death and Resurrection, that in the only sense that really matters, I am already dead… and my life is hid with God in Christ. As I said my prayers day by day, I became more and more aware of the living reality of the invisible “communion of saints” — of my beloved seminary community and other praying communities, and of the ones gathered around a near-distantthrone in heaven — who blend, with their celestial melodies, our own faltering songs of prayer and praise. With them, with black men and white men, with all of life, in Him Whose Name is above all the names that the races and nations shout, whose Name is Itself the Song which fulfills and “ends” all songs, we are indelibly, unspeakably One.[2]