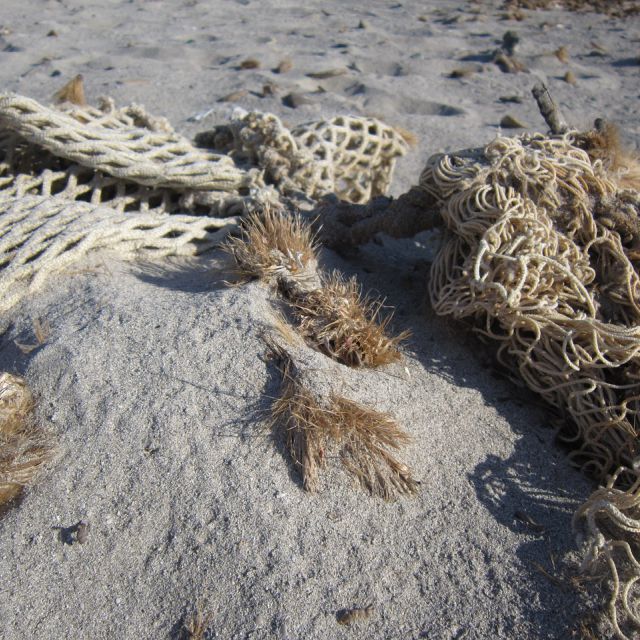 “There is nothing—absolutely nothing—half so much worth doing as simply messing about in boats.”  That’s what the Water Rat said to the Mole the day they met on the river bank in Kenneth Grahame’s The Wind in the Willows.  I wonder if Jesus liked boats.  He certainly spent enough time in them during the months and years of his Galilean ministry: sometimes using them to get from “point A” to “point B,” sometimes teaching from them, sometimes just using them to “get away.”  Several of his disciples were fishermen, eking out a living on boats with their nets on the Sea of Galilee.  It was not an easy life, but it kept their families fed, mostly.  During the hot Mediterranean summers, the men often worked at night and in the early morning when the fish would school near the surface to feed after having retreated to the deeper waters to escape the heat of the day.  Nights and mornings were usually a pretty good time to fish and it allowed the fishermen to get their catch to market before it spoiled.  Only the super-rich had access to ice and, needless to say, Peter, James and John were not rich. Not by a long shot.  But they were able to keep their families fed.  Mostly.  But on this day, their luck had not been good.  They’d toiled all night and into the morning and caught nothing. Nada.  It’s a tough thing to have to tell folks who depend on you for their survival: “I got nothin’.”  And so, there the men sat on the shore cleaning and mending their nets, probably feeling like failures, in no great rush to go home and tell their families about their night on the water.

And then Jesus came.  Jesus and a crowd.  Jesus usually had some kind of crowd following him around.  Since his escape from the mob at the edge of the cliff in Nazareth, he’d headed north and east to Capernaum, at the top of the Sea of Galilee (or the lake of Gennesaret, as Luke calls it), a distance of about eighty miles.  Along the way, he’d taught in the synagogues, cast out a few demons (on the Sabbath of course) and healed some sick folks, including a woman who turns out to be Peter’s mom-in-law (Luke 4:31-41).  People were avid, even desperate, to hear the message Jesus was proclaiming—the good news of the kingdom of God—so much so that when it came time for Jesus to move on, they’d have none of it, and tried to prevent him from leaving their towns (vv. 42-44).  I guess popularity can be a two-edged sword, can’t it?

So here comes Jesus down to the lakeshore and the crowd is right on his heels… pushing, prodding, clutching at his robes, vying for Jesus’ attention, shouting at the top of their lungs, each person trying to make his voice heard above the others.  I’m guessing that Peter was not amused.  “Great…” he must have thought.  “The perfect end to a perfect day.  Who is this guy, anyway?”  The two had not yet met.  Next thing you know, Jesus stepped into his boat and asked for a ride.  And here’s the thing: there must have been something about Jesus that gave Peter pause.  Something that stopped him from doing what he probably wanted to do, which was to pick Jesus up bodily and throw him overboard.  I wonder if the two exchanged a look before Peter finally acquiesced, saying for the first time what he’d be saying over-and-over again for the next couple of three years: “Where to, Boss?”

So, I wonder if Jesus liked boats.  Maybe he did, maybe he didn’t; but on this particular day, I’m pretty sure Jesus “took ship” for a couple of reasons, both rooted in practicality. First and foremost, I think he must have wanted to create a little distance between himself and the crowd.  He wasn’t going to be able to do what he needed to do—which was proclaim the message of God’s kingdom—amidst all the noise and commotion and incessant badgering of the crowd.  Twenty or thirty feet of open water would be just the thing. And then there’s the reflective quality of water.  When Philippa and I would visit her folks in Greece, we stayed in a house about halfway up the side of a mountain on the edge of a bay in the Gulf of Corinth.  There was a disco in the town across the bay from us, probably about two-and-a-half miles away as the crow flies, and very often at night, when the wind was right, we’d hear not only the music from the disco reflecting off the surface of the bay and up onto the side of the mountain—so loud that it sounded like it was coming from the next room—but also, during lulls in the music, conversations of people at the club clearly enough that we could almost understand what they were saying.  From two-and-a-half miles away! So, I wonder if, in addition to creating a little space between himself and the crowd, Jesus figured he might be able to be heard more clearly by more people if he used the natural physics of the lake to reflect and, in effect, amplify his voice.  He’s smart, you know.

But that’s not really the crux of this Gospel story, is it?  Certainly, the teaching happened, and that was important.  But even more important was the meeting… the first interaction between Jesus and Peter, James and John… three men who would soon become some of his earliest disciples.  Three guys who were having a terrible, horrible, no-good, very-bad day.  “Where to, Boss?” James and John might have heard Peter ask.  They’d failed at pretty much everything else they had set their hands to that day, so they might as well stick around to listen.  What did they have to lose?  And so, it began.  And after the teaching, Jesus invited them out into the deep water to try doing something they thought they already knew how to do… only in a new way.  And the resulting abundance stunned Peter.  It was all too much for him to accept: “Go away from me, Lord, for I am a sinful man!” (v. 8).  But it was just Peter’s fear talking… fear of failure… fear of being found unworthy… maybe fear that it was all a dream, and that he would wake to find himself drifting out-at-sea with an empty net.  But there came James and John, and if any of them was dreaming, they were all dreaming… and if any of them were failures, or unworthy of God’s largesse, weren’t they all in the same boat?  And they were all in the same boat… and Jesus was with them… and he was talking about a new kind of fishing.  I expect it was a lot to take in.

I wonder how many of us secretly harbor the fear that we might be failures in God’s eyes.  Not that we’re unloved, or even unsaved… only that the way we live our lives doesn’t quite measure up to God’s expectations for us… making us somehow unworthy to participate in God’s plan for salvation. Anyone?  Certainly, Isaiah felt unworthy to be chosen as God’s prophet in today’s lesson from Hebrew Scripture: “Woe is me!  I am lost, for I am a man of unclean lips, and I live among a people of unclean lips” (Is. 6:5).  But God made him clean… made him worthy to carry a word of hope to a people who walked in darkness (cf. Is. 9:2).  “Here am I.” said Isaiah.  “Send me.” And Paul, by his own admission, was “the least of the apostles, unfit to be called an apostle, because [he] persecuted the church of God” (1 Cor 15:9).  Paul stood by during the stoning of St. Stephen, the first martyr for the cause of Christ. He probably handed people stones to throw.  Yet, Paul came to believe that even he, along with the original Twelve Apostles of the Jerusalem Church, was made righteous by the grace of God (cf. 2 Cor 5:17-21), suitable to proclaim Christ’s death and resurrection around the Roman world from Damascus to Antioch… Galatia, Ephesus and Colosse, Philippi and Corinth and, finally, in Rome itself. Wherever it was that he was called to go… Paul dragged his unfit self.

And you and I, each of us, is in the same boat.  We have all failed at one thing or another… we’ve all sometimes done things and said things that do not reflect our identities Christ-followers, or our vocations as proclaimers of the good news of God’s kingdom.  But, despite all of our human frailties, we’ll be OK.  Because Jesus is in the boat with us.  Regardless of our shortcomings, we’re beloved of the Father and forgiven.  We, ourselves, will be made clean… made righteous… made worthy to join the ranks of apostles and martyrs from time immemorial, to become “fishers of people,” proclaiming the good news of God in Christ to all those who seek him… in our own hometowns and around the world… IF we’ll answer the call.

At the end of today’s gospel reading, Peter, James and John brought their boats to shore, left everything, and followed Jesus.  Boom.  Just like that.  I wonder, sometimes, what they did with all the fish.  But that’s neither here nor there.  God never wastes anything.  The takeaway is that these three salt-of-the-earth fishermen took a pretty big risk that day.  They walked away from an enormous windfall… the biggest catch they’d ever had… to follow Jesus.  Despite fear of failure or alienation from family and friends… or perhaps even the fear of waking up one day and finding out it had all been a dream, they each heard the call and responded, in essence: “Where to, Boss?”  I wish the same for all of us.