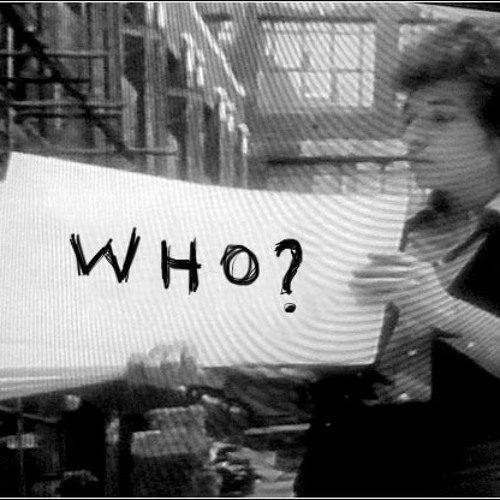 A lot has happened since Saul, Pharisee extraordinaire and chief persecutor of Jesus’ followers, got knocked off his high horse on the road to Damascus, and gave his life over to the cause of Christ.  As is often the case with converts, Saul initially made quite a spectacle of himself preaching and “speaking boldly in the name of the Lord” in Damascus and Jerusalem, exhorting Jews and Gentiles alike to join him in his conversion (Acts 9:28).  Apparently, Saul’s manner was so annoying that pretty much everyone who heard him wanted to kill him.  So, the leaders of the Jerusalem church sent him away to Tarsus where he would be safe… and out of earshot.  And the nascent church seemed to do well for a while… all eyes were on Peter “the Rock” who was making quite a name for himself as leader, healer and evangelist.  The converts came rolling in.  At one point, a disciple named Barnabas went and retrieved Saul from Tarsus and brought him to Antioch (in modern-day Syria, far enough away from Jerusalem to keep him out of everyone’s hair) to help him proclaim the Word.  And, apparently the two worked well together, for the better part of a year, winning many new believers for the church.  In fact, it was in Antioch that the followers of The Way of Jesus first became known as Christians.

Of course, not everyone was happy with the increasing popularity of this upstart religion.  Herod caused James, son of Zebedee to be “killed with the sword”—the first of Jesus’ original twelve Apostles to die for the cause.  Sadly, he would not be the last.  Peter was arrested and imprisoned, awaiting execution when he was miraculously “sprung” from his cell… by an angel, no less!  As one might imagine, Herod was pretty hard on the guards, who were all put to death. But what goes around comes around, and Herod, himself, died shortly thereafter… something having to do with being eaten from the inside by worms.  Yuck.

Meanwhile, Saul (who was becoming known as Paul) and Barnabas, accompanied for a time by another disciple named John Mark (who, many scholars believe, was the writer of the Gospel of Mark) set out on what would become known as “Paul’s First Missionary Journey” through Cyprus and Turkey.  Over the course of two years (~44-46 AD) and fourteen-hundred miles, Paul and Barnabas visited cities around the region including Seleucia in Syria, Salamis and Paphos on Cyprus, Perga, Antioch in Psidia, Iconium, Lystra and Derbe, Pamphylia and Attalia proclaiming the Word of God, debunking false prophets, healing the sick and winning large numbers of converts for Christ.  As the popularity of Paul’s message increased, so too did the anger and resentment of Jewish elders in synagogues throughout the region.  Paul was rockin’ their boat… over cooking their grits… interfering with their efforts to convert Gentiles to Judaism, and even causing decent, God-fearing Jews to stray from the path of Hebrew orthodoxy. And Paul, as a reformed Pharisee and persecutor of the church, knew precisely how far the synagogue hierarchy would go to maintain the status quo.  So, whenever it looked like people were beginning to search the ground for rocks big enough to throw, Paul and Barnabas would move on to the next town, leaving behind the nucleus of a brand new church to spread the Good News of God in Christ in that particular corner of God’s creation (Acts, Chapters 13 and 14).

Today’s reading from Acts takes place during the first half of Paul’s Second Missionary Journey… which took him through Turkey, Greece, Judea and Syria over the course of four years (~49-52 AD) and a distance of around twenty-eight-hundred miles… twice the distance of his previous journey.  At one point, Paul and Barnabas had a bit of a falling out… Paul wasn’t all that easy to live with, after all… and Barnabas went his own way.  So now, we find Paul in Philippi, in Macedonia (northern Greece) where he and his new traveling companion, Silas, were staying in the home of a woman named Lydia who, we understand from last week’s reading, was a “worshiper of God” (with a capital “G”) and also “a dealer in purple cloth.”  As the apostles moved about the city, preaching, teaching and winning converts for Jesus, a slave girl with “a spirit of divination,” a fortune-teller if you will, began following them… making quite a spectacle of herself as she continually cried out that Paul and Silas were “slaves of the Most High God, who proclaim to you a way of salvation” (v. 17).  Well, I guess Paul didn’t like the idea of being merely the second most annoying person on the street, so “ZAP!” and the demon vamoosed.  The slave girl’s owners got pretty mad… and complained to the magistrates, who first flogged Paul and Silas before putting them practically under the jail.  There would be no escape.  Then, in the middle of the night, there was the sound of prayer… and singing… and then of the earth moving.  It wasn’t quite as cool as being sprung from jail by an angel… but it was close.  I suppose the jailer could be forgiven for believing at that moment that his life was over… though he was soon to find that it had just begun.  The jailer brought his former prisoners into his home and offered them hospitality: water to cleanse their wounds and food to nourish their bodies.  Paul and Silas, in return, offered the jailer and his family the living water of Baptism, and the Bread of Life that never becomes stale.

There is much to ponder, here, about the nature of slavery, imprisonment and liberation.  Certainly, the slave girl in today’s reading was, first, a prisoner of those who owned her… and also of the demon that lived within her, never allowing her to speak for herself or to be at peace with herself… until she was freed by Christ, through Paul.  We don’t know what happened to her after the demon departed, but I like to think that she, herself, became a slave to the Most-High God, and began walking the way of salvation opened to her by Jesus Messiah.  Maybe.  Paul and Silas were stripped, beaten and shackled by temporal magistrates, but being slaves to Christ allowed them to rise above such worldly imprisonment and continue preaching their message of liberation and salvation through a life fully-lived in Christ… in an area of the world that, as far as we know, Jesus never visited… yet, which remains a bastion of Christianity to this day.  The jailer was a prisoner of what some might argue was a misplaced sense of duty.  He had been prepared to take his own life for fear that he had failed his worldly masters and yet… upon hearing the Good News of the Gospel, he understood that he had a higher calling, as a servant of a new master: God… with a capital “G.”

Perhaps you remember a song written by Bob Dylan, back in 1979, in which he catalogs all sorts and conditions of people: from preachers to rock & roll junkies… from expats to business men… from city councilmen to the heavyweight champion of the world… and everyone in between.  And he reminds them (and us) that no matter who we are, no matter how much money and autonomy we think we have… that we’re still gonna have to serve somebody.  “Well it may be the devil or it may be the Lord…” sings Dylan, “…but yes, indeed, my friend, you’re gonna have to serve somebody.”[1]  Good stuff.

So, here’s a question: Whom do you serve?  To whom or what are you indebted?  What captures you?  What imprisons you?  Like the slave girl in today’s reading from Acts, we are all beset by people… or organizations… or ideologies that seek to own us, that seek to impose limits on what we think and say and do.  And most of us have our demons.  Perhaps, like the jailer, we are held captive by “shoulds” and “oughts” and fears for the future.  Maybe we don’t even realize how imprisoned we have become, through years of struggling and disappointment, to the status quo of lives not fully-lived in Christ.  Do you have any habits that you know aren’t good for you… but that you’re having a hard time breaking?  Do you sometimes spend too much money on stuff that doesn’t really matter?  Or does fear of not having enough stuff sometimes prevent you from truly “paying forward” the gifts that God has given you? Are you captive to a destructive relationship that sometimes makes you forget that you are a unique and unrepeatable creation of a God who knows you down to the number of hairs on your head, who loves you no matter what, and who has had a plan for your life since before you were born?  What keeps you from serving that God unreservedly… completely… joyfully?

In our Gospel lesson today, Jesus prays to his Father that “we all may be one…” with each other… and with him (John 17:20-26). And there is a purpose in this: that we may serve God fully and unreservedly by spreading the Good News of Christ’s death and resurrection to a world in need of hope.  All day.  Every day.  In our words and in our actions.  It’s not a part-time job. The quest for unity with God and each other should inform every aspect of our lives.  It’s why we were made.  What’s in it for us?  Only greater joy and contentment here on earth… and the chance to spend eternity in the presence our Creator… which is not a bad gig, I’m thinking.

So, taking our cue from Dylan, if everything we do or don’t do (big stuff or little stuff) during our time on earth is in service to someone or something, the question becomes: what proportion of our lives are we offering up to God?  Examine your conscience—be honest—give yourself a percentage score if you need to.  And, understanding that a life fully-lived in unity with God and each other is The Way of true joy and salvation, ask yourself what’s stopping you from living one-hundred percent into your vocation as a servant of God in Christ.

O God, by the glorification of Jesus Christ and the coming of the Holy Spirit you have opened for us the gates of your kingdom: Grant that we, who have received such great gifts, may dedicate ourselves more diligently to your service, and live more fully the riches of our faith; through Jesus Christ our Lord, who lives and reigns with you and the Holy Spirit, one God, for ever and ever.  Amen.