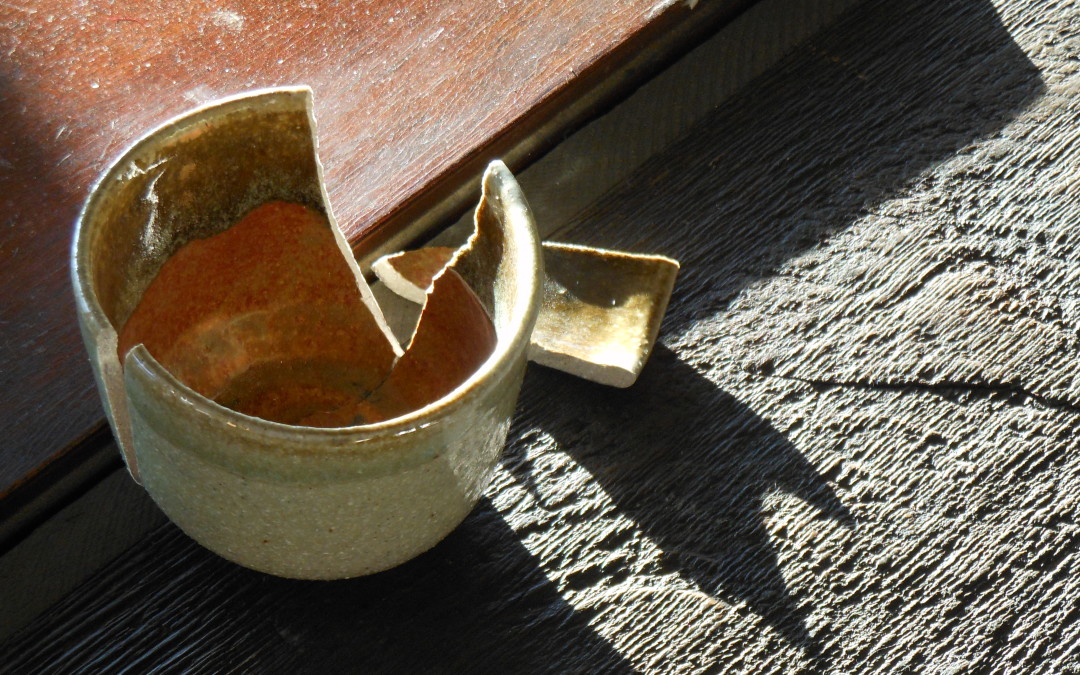 I remember a few occasions… during my intemperate youth… when my mother (God rest her soul) would admonish me… gently, “Don’t sell your birthright for a mess of pottage.” Now, even at my worst, I wasn’t engaged in any sort of activity that was likely to have altered the trajectory of world history… or sped the coming of the apocalypse… but like so many young people, I was occasionally inclined to make decisions based upon what I wanted right now, without regard for future consequences—foolishly and carelessly choosing something immediately attractive but of little value… in exchange for something less tangible… albeit of immensely greater worth. I’m sure none of y’all have ever done anything like that… thank the Lord!

Of course, the figure of speech, “sell your birthright for a mess of pottage,” was meant to remind me of the Bible story about Esau handing over his rights and privileges as firstborn, inheritor of all that was his father’s, to his younger twin Jacob. “Don’t waste your time and energy… or spend your money… or compromise what you believe is right… for some sort of short-term gain,” is the message my mother was trying to convey. Sad to say, I wasn’t all that quick of a study in this regard. I stubbed my toe a few times before I finally began to see the light. And it all worked out in the end, I guess.

In any case, I was surprised to learn that the phrase “selling one’s birthright for a mess of pottage” doesn’t appear in the text of any English translation of Genesis. Nope, not even the venerable King James Version. You’ll see birthright… and you’ll see pottage, and the relationship is implicit, but the actual language of my mother’s warning seems to have come from a treatise on the story of Jacob and Esau by priest/scholar Erasmus of Rotterdam, dating from around the middle of the sixteenth century. Who knew? But I digress.

Today’s lesson from Genesis is kind of complicated… as are most affairs of the family. We see unbridled sibling rivalry… parents playing favorites… we’re reminded of the consequences of coming in second in a patriarchal, winner-take-all society. And all of this drama was buttressed by a prophecy: “Two nations are in your womb… they shall be divided… one shall be stronger… and the elder shall serve the younger.” Rebekah would likely outlive her husband, Isaac. She knew “on which side her bread was buttered…” she knew whose loyalty and devotion she would need to cultivate in order to maintain her standard of living. And maybe Jacob was cuter… I don’t know. In any case, the family dynamics were complicated. There was a lot going on.

Esau seems to have been a bit of a “good ole boy,” he liked to hunt… and fish… drive four-wheelers through the Negev… and he was impulsive. When he wanted something, he wanted it right away! If you read ahead in Genesis, you’ll see that not only did this proclivity result in the loss of his birthright to Jacob, but it also led him to enter ill-advised marriages with a couple of Hittite women… who ended up making life miserable for everyone in the family compound, particularly Isaac and Rebekah (Gen 26:34-35). But it must have seemed like a good idea at the time.

Then there was Jacob… the fair-haired child, the good son. He was dutiful to his parents and kept a low profile, as was proper for a younger scion who did not stand to become patriarch after his father. He was quiet and lived in tents… kind of an indoor boy, I’m thinking… and he was sneaky! Jacob was the quintessential sneaky younger sibling. Have y’all ever known any of those? Well, we all know how today’s story ends: Esau gives in to his need for instant gratification, placing his position in his father’s household in jeopardy… and Jacob takes advantage of his older brother’s weakness, and seems to come out on top.

So, what are we to take away from this state of affairs? Certainly, we don’t want to be like Esau. Esau gave into his lusts and ended up losing everything. That’s a morality tale for you: we should be disciplined and methodical in our thoughts and actions… kind of like Jacob, who we know became rich… and famous… who would later be known as Israel… progenitor of the Twelve Tribes, which would one day become the Kingdom of Israel under David and Solomon. Except the younger Jacob was sneaky and opportunistic, and that’s not good… that’s not how God (or our mamas) raised us to be. Esau did fine, by the way, he founded the Kingdom of Edom, down south of the Dead Sea, which grew and prospered from the thirteenth to the eighth centuries BC, until it finally succumbed to the Babylonians around the same time as the Kingdom of Judah in the sixth century BC. So God prospered Esau as well. You can read all about it in Genesis, Chapter 36, if you want.

But back to Jacob… is today’s lesson from Genesis suggesting that we should imitate Jacob? That we should take advantage of others through craft and guile? I’ll borrow a phrase from the Apostle Paul in one of our recent readings from Romans when I say, “By no means!” (cf. Rom 6:15) God’s prophecy was that there would be conflict between the siblings, and that the elder would end up serving the younger, but God did not decree how all of that would play out… who would do what to whom. Jacob had a part to play in the prophecy and he, like Esau, made decisions that seemed likely to get him what he wanted, at least in the short term. Things didn’t pan out for Esau, but neither did they work out the way Jacob had envisioned. I doubt Jacob planned on being rousted from his warm bed by Rebekah in the middle of the night to flee for his life for fear of Esau’s revenge… and to be separated from his family for the next twenty years, a stranger in a strange land, having to build a new life… and a new family… from scratch (Gen 27:41-45). And though he ended up making the best of it, he never saw his mother again. I’m pretty sure none of that was part of Jacob’s plan. Everything worked out… but not because of Jacob’s willingness to place his own good above that of his brother… but because that which is not of God, God can redeem. God sees all… God knows all… and I’m pretty sure that God weeps with us… and for us… when our appetites and fears get the better of us, and lead us down the road to ruin… causing us to make decisions that set us back in our journey to become the creatures that God intends us to become.

So, in the end, the story of Jacob and Esau is not merely a morality play pitting the good son against the good ole boy… brains over brawn… hero against fool. No. This story is meant to remind us that we’re all flawed. Each of us, brothers and sisters all, have the capacity and the freedom to make right choices, in accordance with God’s will for our lives. And even though we often make the wrong choices, estranging ourselves from members of our own human family… and from God… we are never beyond the reach of God’s saving grace. God prospered Jacob and God prospered Esau, though not in the way that either of the brothers had expected.

And despite the ups and downs in our lives… despite having sometimes been quick to sell our birthrights as sons and daughters of the Most High for a mess of pottage, despite things done and left undone that have left us sad and hurting and alone, we too will benefit from God’s Almighty Providence if, in the end, we can bring ourselves to listen and be obedient to the still, small voice of God calling us back to the path that leads to salvation.

May our prayer always be: “Thy will be done.”