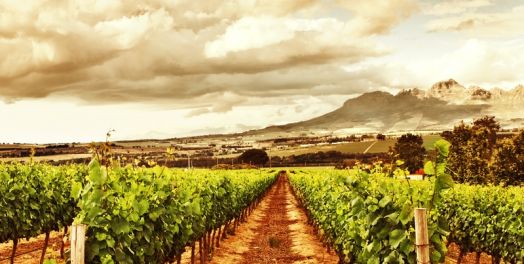 It just doesn’t seem fair, does it? I mean the guys who worked all day in the vineyard getting paid the same as the “Johnny-Come-Latelies” who only worked an hour. There’s gotta be some kind of law against that. I don’t have a problem with someone in need getting a little extra from time to time, but not the exact same as me. Just wait ‘til the Union boss hears about this! The good news, I figure, is that Jesus isn’t really talking about real work in a real vineyard, is he? He’s talking about our heavenly reward. Whew! That I can deal with. I’ve got no problem with someone coming to Jesus late in life and getting into the Kingdom along with me… or maybe just a little behind me. I am a cradle Episcopalian, after all, a member of what some folks refer to as God’s “Frozen Chosen,” though I’m not all that sure about the “frozen” part, these days. In any case, all are welcome, right? But a day’s work for a day’s pay is a little different, isn’t it? All are welcome… to give it their best shot. And I hope it works out for them, but fair’s fair, right? I’ve worked long and hard to get what I’ve got. Maybe I’ve been a little lucky… or maybe I’ve made my own luck. In any case, I’m just glad Jesus was only speaking metaphorically about workers in the vineyard. He was speaking metaphorically… wasn’t he?

How many of y’all identify, at least on some level, with the case for workplace fairness I’ve just laid out? How many of you can imagine yourself (or someone you know) standing in the middle of a long line of people. Far ahead, out ofsight on the other side of a hill, lies the “American Dream.” You seem pretty far back, but it is scary how many people are behind you. A lot of them seem to be people of color without college degrees. You wish them well, in principle, but you’ve been waiting in line a long time, and have worked many hours to get where you are. Maybe you’ve been exposed to dangerous work conditions over the years, but you’re not a complainer. Maybe your body wearing out. Maybe your pension’s been cut. Good jobs are scarce these days, and you know more than a few who’ve just given up trying. You’re always on time, you don’t cut corners. You do your best. People like you made this country great. All your life, you’ve followed the rules, but you notice that some are cutting in line ahead of you. Some who might have made bad decisions over the years… and immigrants and refugees. Government programs aimed at leveling the playing field seem, in practice, to be allowing folks to jump ahead of you in line.[1] “It’s not fair!” you say. And I guess it’s not fair. Any more than the owner of the vineyard paying equal wages for unequal work. So, what’s Jesus trying to tell us about God’s Kingdom… the Kingdom that Jesus tells us we should be praying for every day, “Thy Kingdom come… on Earth, as it is in Heaven?”

There’s lots of talk in the media (and in academia) these days about a “guaranteed minimum income.” This is when everyone in America, regardless of their skills, qualifications or ability to work, will receive a stipend from the government without any stipulation that it be earned. It wouldn’t be a huge amount per person… just enough for the basics: food and shelter and clothing, that sort of stuff. And here’s the thing: the stipend would come without strings. Not only would you not have to earn it, but if you did choose to work, it wouldn’t diminish the amount of your stipend. Whatever else you brought in would be gravy! I suppose folks who made a whole bunch of money, millionaires and such, wouldn’t qualify for the stipend, and if you were in the custody of the state, the stipend might be impounded to help pay for your upkeep. But otherwise, it would be “free money” for pretty much everyone. What do y’all think of that? Sounds like “universal welfare,” you might say… and maybe it is. Ten years ago, all but the ultra-ultra-progressive would have scoffed at such a scheme… they would have called it crazy! They’d have said: “Hard work breeds character! There is no free ride! (The Bible says) Folks should have to earn their living by the sweat of their brow (cf. Genesis 3:19)!” And many are still of that mind, partly because there’s some validity to it, and partly because it fits our inner narrative… our own “deep story.” We’ve worked hard to achieve our position in life. God will reward his servants in accordance with their efforts and accomplishments, and the front of the line is where God wants us to be.

But here’s the thing: since the 1970s, we have been experiencing the effects of a thing called “globalization.” This is not a lesson on economics so if you want to talk more about that, see me after class. Suffice it to say that many relatively low-skill, low-wage jobs are being shipped overseas. Machines and “artificial intelligence” are doing more and more things that used to be done by humans. And we’re not just talking about jobs in manufacturing, coal mining and steel… every sector of our economy is impacted. The rise of the Internet has caused an unprecedented rate of decline in regional and hometown newspapers and other print media over the past 15 years[2]. And if you spend any time in Mountain View, California (that’s where Google lives), on any given day you’re likely to see all manner of driverless cars and semi-autonomous drones buzzing around… doing stuff! Some say that the next generation of these robots will likely replace the 3.5 million professional truck drivers (and many of the other 5.2 million people who work in this industry)[3] and maybe even the ubiquitous U.S. Postal Service mail carrier.

So, what might this have to do with our Gospel story today? Only this: we are being confronted with an imminent change to our daily reality wherein, whether we like it or not, our skills, qualifications and ability to work will become more and more decoupled from our income potential. In the future, how hard we work will have less and less to do with the compensation we ultimately receive. Although this (accelerating) problem has been around for a while, our political leaders really have no idea what to do about it. Just kick the can down the road for a few more years… and see what happens, I guess. But imagine a world in which much of the meaningful and lucrative work in our society, work hitherto done by human worker bees, is shopped out to robots at home and abroad. It sounds great on one level—safer and less stressful for most of us, right?—but there’s a fine line between utopia and dystopia. Sure, there’ll always be a few jobs that need to be done by actual human beings, but there won’t be enough of them… and most of these won’t be all that lucrative. Our beloved and much-touted Protestant Work Ethic aside, given an increasing global population and a projected dearth of paid employment, how will people find meaning in their lives and be able to support themselves and their families? I don’t believe any sort of socio-cultural animas is driving these changes… it’s simply market forces at work: maintaining/increasing production while cutting costs. So, it would be easy to revert to old habits… striving to work our way to the front of the line and distinguish ourselves before God and our neighbor in order to secure our place in this kingdom… and the next. Except that that’s not what Jesus is telling us in our Gospel passage today: “The Kingdom of Heaven is like… this.”  By introducing the parable in this manner, Jesus confronts us with his own deep story about the nature of God and God’s Kingdom. Sure, Jesus is talking about the final salvation of the world, but he’s also talking about our relationship with brothers and sisters in this temporal vineyard: in this city, this state, across the country and around the world.

I think we’re often disposed to judge others in parallel to how we view ourselves… ergo the things that are important to us should be important to others, as well. The rules by which we live our lives are good rules… and should apply to everyone else, as well. Amiright? And maybe these judgements are not all that overt or punitive… maybe they’re just what Jonathan Haidt refers to as “little flashes of condemnation” we harbor in our hearts against folks who don’t see or do things the way we think they should.[4] But Scripture, in this case the parable told by Jesus in our Gospel story today, offers a way of getting beyond our natural self-righteousness… with all of those “little flashes” that, left unchecked, can scar our souls. For the record, I’m not advocating for a guaranteed minimum income as it’s currently envisioned. I have my own (probably parochial) concerns about the psychological consequences of anyone routinely receiving “something for nothing, and “idleness is the Devil’s playground,” after all. But something’s gotta give, I think… for the sake of our children and our children’s children. I’m pretty sure the status quo is unsustainable… and we seem to be at our wit’s end about the way ahead. What to do?

Today’s parable offers advice and hope in this regard. “The kingdom of heaven is like… this.” If we listen, and I mean really listen to Jesus’ deep story about the Kingdom… we may come, in the words of theologian Karl Barth, “to know God’s word… It becomes real… There takes place an understanding, a personal involvement… an acceptance, an assent, an approval, a making present of remote times, an obedience, a decision… a halting before the mystery, a stimulation by the inner life… a basing of our whole life on this mystery that is beyond ourself.”[5] In short, what if the parable of the Vineyard offers, on one hand, a hint about the nature of salvation, our heavenly reward, and on the other, a glimpse of the way this old world might look… and work… if we opened ourselves to the Advent of the Kingdom… if we gave up our worldly strivings and preconceptions of worthiness, and what we deserve and, instead, trusted God to satisfy our needs, as he did the Children of Israel as they struggled in the wilderness in today’s reading from Hebrew Scripture (Exodus 16:2-15). The first of us… and the last of us… and everyone in between. God’s love is neither linear, nor finite. There is no cutoff in the line that leads to the dream. Which is a darn good thing, by my way of thinking… there’s just no telling which side of that cutoff point I’d be on. There’s room for everyone… and everyone is welcome regardless of who they are, what they’ve done or where they’ve been. That might feel unsettling, but make no mistake, that’s where Jesus is leading us, and it’s what we’re called to help bring about.The kingdom of heaven is like… this. Yes, Lord! Amen! May our prayer continue to be, “Thy Kingdom come…”