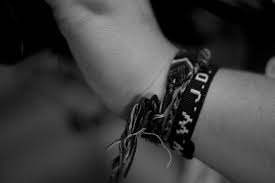 No good deed goes unpunished, right? Imagine… Jesus and his disciples in Gennesaret preaching, teaching, healing the sick right and left… doing God’s work. Worn out from days of around-the-clock ministry, the disciples commit what must be the ultimate social gaffe—they handle food with unwashed hands. Man, what were they thinking! And, of course, the delegation of Pharisees and scribes from Jerusalem, probably all nicely bathed and dressed, calls them out for it. Forget all the good work being accomplished in Gennesaret, forget the feeding of the five thousand, forget the little girl raised from the dead! “Why do your disciples not live according to the tradition of the elders, but eat with defiled hands?” ask the Pharisees. Sheesh! Jesus and his posse can’t seem to catch a break.

And it’s tempting for us, or for me at any rate, to condemn the scribes and Pharisees for their nitpicking. But we must remember that the Pharisees, as a class, weren’t bad people—they were the leaders of an ancient faith tradition in direct covenant with God… “God’s chosen people”… educated, experienced and, I believe, in most cases, well-intentioned. The “tradition of the elders” to which they refer is part and parcel of the Jewish Law which consists of 613 Mitzvot, or commandments: 248 “thou shalts” and 365 “thou shalt nots.” The Law had been handed down through oral tradition from the time of Abraham until the Babylonian captivity, at which time it began to be codified into what we now know as the Torah. As the period of captivity ended, and the Jews began to return home after generations of exile, the writers of the Torah had a particular goal in mind: to document the events and behaviors that culminated in defeat at the hands of the Babylonians, and to put in place a system of laws and traditions that would keep such a disaster from ever happening again! So, when the Pharisees critiqued the behavior of Jesus’ disciples, they might have been nitpicking but, in their view, the consequences of straying from the straight and narrow path of tradition and the Law were severe. No good Jew wanted to go there. Interestingly, if Jesus and his disciples had not been Jews, I don’t believe the scribes and Pharisees would have cared “two whits” about hand washing. It wouldn’t have mattered. It was because Jesus and his disciples were gadding about Galilee and Judah passing themselves off as followers of the God of Abraham, Isaac and Jacob that the Jewish authorities took notice… and umbrage! The scribes and Pharisees were frankly worried that Jesus and his followers had the potential to “upset the apple cart,” not only with regard to the Jews’ relationship with their Roman occupiers, but with God. It had happened before… it could happen again. Eating with defiled hands might not have been in violation of one of the Ten Commandments, but it could be the first step on a slippery slope. And such behavior must be opposed.

Only Jesus wasn’t about to give the scribes and Pharisees a pass on their own hypocrisy. He recalled the words of the prophet Isaiah: “‘This people honors me with their lips, but their hearts are far from me; in vain do they worship me, teaching human precepts as doctrines” (vv. 29:13-14). And then Jesus proceeded to instruct the nitpickers—and the crowd—on the true nature of sin. Sin is less an external thing, he said, like failing to wash one’s hands, as it is our own selfish and evil intentions, things that come from the inside, with which we truly defile ourselves: things like fornication, theft, murder, adultery, deceit… and so on. Apparently, Jewish religious leaders were not immune from such pitfalls. And those of us who might be tempted to pat ourselves on the back because we aren’t mired in these particular sinful behaviors may want to interrupt our self-congratulation for a moment and recall Jesus’ overarching point: “You abandon the commandment of God… and hold to human tradition.” Do we do that? Yeah. How many of us are at least occasionally inclined, like the Pharisees, to “deify” certain human traditions that serve to shore up the comfortable, predictable lives we cherish, while conveniently ignoring moral precepts that are truly commandments from God?

Let’s talk about freedom for a minute. Is there a word more dear in the American political lexicon? We Americans first sought freedom from a tyrannical English king. And we got it. Later we codified our newfound freedoms in the U.S. Constitution and Bill of Rights. The Great Experiment… the American experiment based upon Judeo-Christian principles. A little over a century and a half later, Franklin Roosevelt expanded and humanized our concept of freedom when he spoke of “Four Freedoms” that people everywhere in the world ought to enjoy: freedom of speech, freedom of worship, freedom from want, and freedom from fear. Don’t get me wrong, these are all good things and have served to advance the cause of human rights in this country and abroad. But I wonder sometimes if we, like the Pharisees, have become so single-minded in espousing a doctrine of freedom based upon human precepts… that we have lost sight of the moral imperative that lies behind it all. Of what use is freedom if we don’t use it to act in accordance with God’s commandments? But it’s hard, we say… it’s complicated! And that’s true because we’ve made it that way for ourselves. But Jesus helps us cut through all the complications and confusion when he reminds us to honor God’s commandments above human tradition: Love God, love your neighbor and don’t judge. Ever.

The headlines today are rife with “noise” describing all manner of supposed infringements of one person’s freedoms by another, often in lurid detail. There’s so much legal infighting… and, often, it seems as if there’s no middle ground. Anytime lawyers and Pharisees get involved, things get complicated. How can we provide for equitable treatment of same-gender couples without infringing of the religious freedoms of those who object to such unions? How do we balance the rights of women carrying unwanted fetuses with those of the unborn children, themselves? How can we ease the plight of neighbors across the border and around the world who suffer from extreme economic hardship and political persecution? How do we respond to the very real economic and racial inequities that threaten the relative peace and civil stability to which we’ve grown accustomed in this country? I can’t give you definitive answers to any of these questions, but I can say this: while we may not always be able to find a middle ground based upon human jurisprudence, there is always a higher ground. We say, “We have freedom of speech.” The writer of the letter to the Ephesians tells us that only by “speaking the truth in love,” will we grow into the stature of Christ (v. 4:15). We say, “It’s our money. We earned it.” The author of the Letter of James tells us that all good gifts around us come from God (v. 1.17). We say, “It’s our country. We can’t take care of the rest of the world.” Jesus told us love our neighbors… and I’m pretty sure he didn’t just mean from a distance, or that we should limit our affections to people who looked and acted as we do. We speak of a “Christian Work Ethic” and question why we should help people who persist in making bad decisions, and who don’t even seem to try and help themselves. Jesus says, “Give to the one who begs from you, and do not refuse the one who would borrow from you” (Matt 5:42). And “Whoever has two tunics is to share with him who has none, and whoever has food is to do likewise” (Luke 3:11). I could go on. We say… God commands. It’s easy to slip into defilement isn’t it? Just ask the Pharisees.

I’ll close on a lighter note… it’s a story that some of y’all might have heard me tell before. Once upon a time… a young Roman Catholic priest was celebrating a funeral mass for a departed parishioner. As he looked out over the assembled mourners, he realized that over half were from outside his regular congregation. As you may know, Roman Catholics are a little particular about who is allowed to partake of the Sacrament, and he agonized mentally over how he would distinguish between who could receive and who could not. Would he ask if a guest was Catholic? Could he see it in their eyes? Later, when he was relating the story to his Monseigneur, the older man nodded sagely and asked: “And what did you do, my son?” The young priest smiled and said, “Well, I didn’t know what to do, so I just asked myself, ‘What would Jesus do?’” to which the Monseigneur replied, horrified, “you did NOT!”

What would Jesus have us do? The answer might make us pretty uncomfortable sometimes, but grappling with this most important question might just be the path to our salvation.

2 thoughts on “What would Jesus do?”