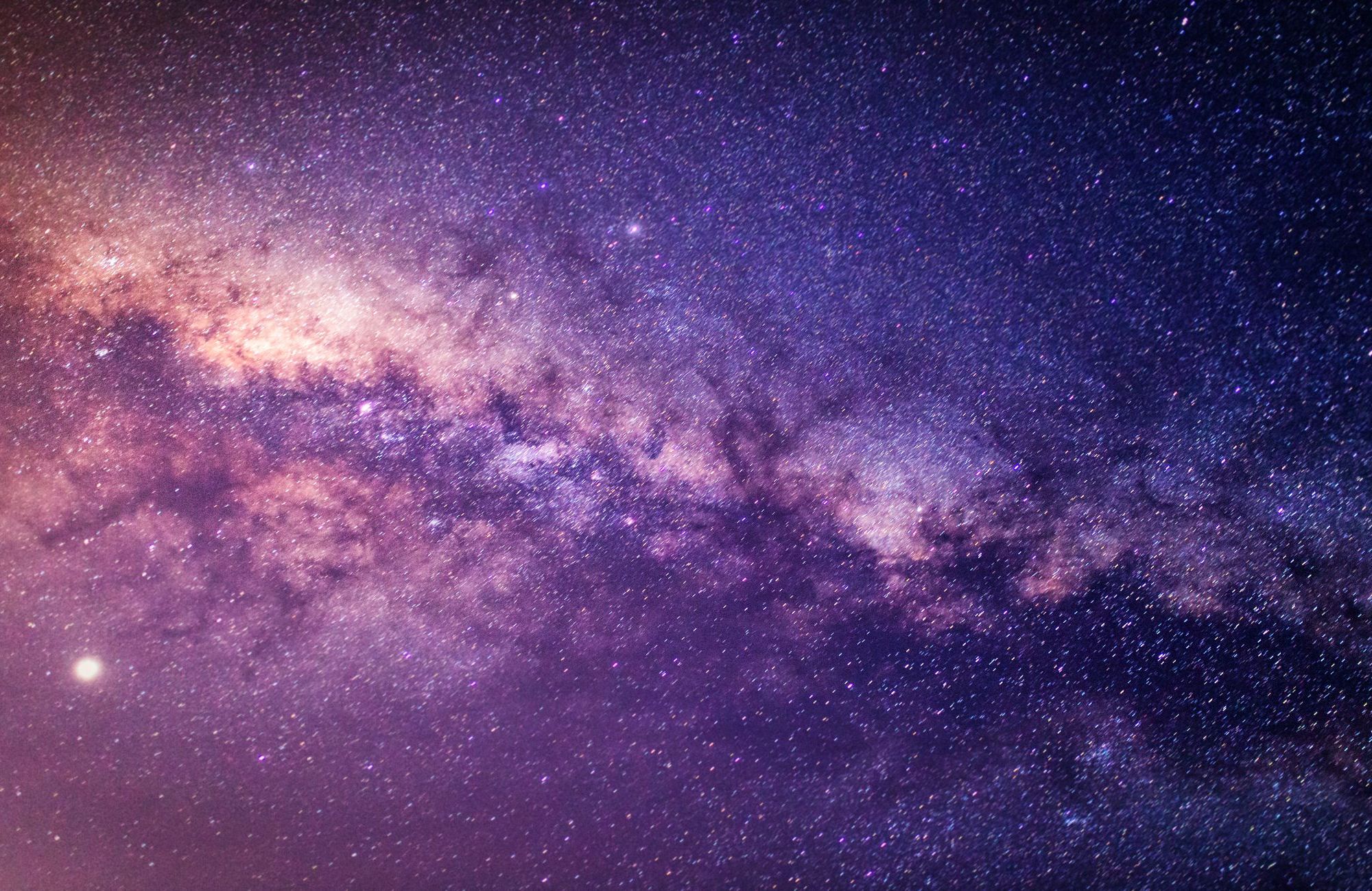 Changing colors, changes to our liturgy, changes in the yearly lectionary cycle: that’s how the Church marks time. From green to white… and next week, to purple. The Gloria will give way to the Trisagion. We’ll move from using Eucharistic Prayer “A” to Prayer “B” during Communion. Our readings from Scripture will take on a new tone of waiting and anticipation. What’s all that about? Why is it important? Neil Alexander, the ninth Bishop of Atlanta, who pastored this Diocese from 2001 to 2012, would tell you that, “Everything we do in worship, in some manner, directs our attention to God’s actions in history, the active presence of God in the present moment, and the anticipation of God’s activity in, what is in every way, God’s future.”[1] So we embrace all of these changes not only to keep our worship “fresh,” but as a reminder of God’s steadfast, and yet ever-evolving movement and purpose in our lives and in the world around us. Our God is not a God of the status quo.

Some will know, while others may not, that today is “Christ the King” Sunday, hence all the white. The Feast of Christ the King is a pretty big deal in the Roman Catholic Church, though it hasn’t been around all that many years—only since 1925, in fact, when Pope Pius XI instituted the celebration in honor of the 1600th anniversary of the Council of Nicaea. It was originally supposed to be celebrated on the last Sunday of October, probably because that was the day many Protestants, particularly Lutherans, celebrated “Reformation Day,” in commemoration of the day Martin Luther tacked his ninety-five theses onto the church door in Wittenberg, Germany, thereby launching the great Reformation debate. Who knew, right? In any case, the Episcopal Church, with its Anglo-Catholic roots, pays more attention to the feast of Christ the King than do most other Protestant denominations, though no reference is actually made to the feast in the Prayer Book, outside of the Lectionary pages. One good thing about observing the feast of Christ the King is that it gives all of the Episcopal churches named after our Lord and Savior an opportunity to celebrate their patronal feast day, like we do on St. James’ Day each July. So, at Christ Church Kennesaw, Christ Church Macon and Christ Church Norcross, among others, this is their special day.

Isn’t it interesting how, throughout history, people have gravitated towards a construct of government (and religion) based upon “kingship and dominion?” I wonder why that is? Perhaps it’s a matter of security: we want to align ourselves with a strongman who’ll keep us safe from the perils of the world. Or maybe it’s a matter of dependency: we want a benefactor who will provide us the things we think we need… things that makes us feel good (which often involves money and “stuff,” right?). OR… maybe it’s a matter of pride: “we the people” want to bask in the reflected glory of a “rock-star” leader who is acclaimed throughout the world. Pharaoh could give us that… or Caesar, or the Holy Roman Emperor… for a while, at any rate. Last week we read about the birth of Hannah’s son, Samuel, who would become prophet and kingmaker for the Hebrew people, helping them transition from self-governance, leavened with periodic help from “judges” sent by God as guides during times of trouble, to a decidedly more monarchical leadership model under the rule of “kings.” Certainly, the Hebrews wanted final victory over the Philistines… certainly, they were hoping to become healthy, wealthy and wise… and certainly, they wanted a monarch who could outshine the competition. And they got all of this, and more… for a while. As we look down the timeline, however, we see that as long as Israel’s kings were committed to leading God’s people on the path of God’s righteousness, things worked out OK. But power corrupts, doesn’t it? And absolute power corrupts absolutely. Sadly, mortal kings, even well-intentioned, God-fearing ones, are prone to become “idols unto themselves…” to stray from a leadership ethic of “thy will be done” to one of my will be done. And in this case, it cost the Hebrews dearly. In the span of only three generations, despite the greatness of King David and the Wisdom of Solomon, and the glory of the first Temple in Jerusalem, seeds of corruption and conflict began to sprout that would eventually result in the utter destruction of God’s house and the exile of God’s people. It doesn’t take long. Be careful what you ask for.

Here in the U.S. we don’t have kings… technically. We rid ourselves of the trappings of royalty when we separated from Great Britain over two centuries ago… technically. But, believe me, we still have kings… because we still have idols. Things that, if we pursue them… if we worship them, will provide us with the security, wealth and fame we crave… for a while. What’s “king” in your life? If any of us was asked what it is that we place above God and God’s rule in our lives, we’d all probably be quick to say: “Nothing! I put nothing above God.” And we might mean it—we might wish it—but it would still be a lie for most of us. We don’t mean to put anything above God… but we do. We get scared and frustrated and impatient with the state of the world we live in, and we try to take matters into our own hands. But here’s the thing: we’re not nearly as strong or as capable or as wise as God is… and so we almost always fall short of what God intends for us and for the world. Don’t get me wrong, God wants us to be active participants in creation as bringers of the Kingdom: doing justice and loving mercy… but also, and perhaps most importantly, walking humbly… never forgetting that God is God, and we are not.

So, I’ll ask again: what is it that is striving within you to supplant God as the “king” of your life? Is it pursuit of wealth and security… because you’re somehow afraid that God’s Providence will not be enough? Do you sometimes get so focused on your own God-given freedoms, and protecting what’s yours, that you neglect the greater moral imperative that, “perfect freedom requires perfect responsibility?” We are our brothers’ keepers, you know. Or does your “pride of place” as a citizen of the richest and most powerful nation on the planet make you want to preserve the global status quo at any cost, even though God may have a little something else in mind? Guilty… on all counts. Most of us occasionally run afoul of these pitfalls… and the good news is that we’re loved and forgiven in spite of it all. God’s arms are always outstretched to us prodigals. But these are all “worldly” pitfalls and Jesus reminds us in today’s Gospel that his Kingdom is not of this world. Elsewhere he said, if we “strive first for the Kingdom,” everything else we could ever ask or imagine will be given to us (cf. Matt. 6:33). For free. Before we ever have to ask. How cool is that?

I’m afraid we’ve made a bit of a mess of things… trying to exercise temporal “kingship and dominion” over the world, haven’t we? We’ve made this world a cruel and lonely place for so many. But despite the worldly strife that pits neighbor against neighbor and nation against nation, God… is… sovereign. And that which is not of God, God can and will redeem. We have a great King in Christ Jesus and he’ll lead us on the path of righteousness, if we’ll only follow. Conventional wisdom would exclaim, “Who in their right mind would choose to follow a leader who says that “in order to gain your life, you must first lose it?” (cf. Matt. 16:25) and “blessed are the meek?” (Matt. 5:5) and that “we must wash one another’s feet, and be servants of the least of these in order to gain the Kingdom?” (John 13:15) “Who would want to follow such a leader?” a cynical person might ask. But that’s just the kingdom of this worldtalking… and the Kingdom you and I are called to bring is God’s Kingdom.

With all of the turmoil and tragedy going on around us, we might be forgiven for wondering if God is asleep at the wheel, or perhaps even on some sort of celestial vacation—off-the-grid, taking a break from the trials and tribulations we humans inflict upon one another and the planet. But no. God is at work… through us and around us… every minute of every day… to comfort and to save. Do you remember back on All Saints when I read you a bit of Bishop Rob Wright’s reflection on the majesty of God? How, for him, it less resembled a solitary and remote Mount Everest than it did the great togetherness of the Milky Way or strands of DNA or the Great Barrier Reef? He extends that metaphor to God’s unflagging presence and purpose in the world when he writes:

“God is actively overthrowing anything that positions itself against the on-growing movement of God. Anything. This truth may be difficult for us to understand and even more difficult to submit to… but it is the substance of our joy…. God is not asleep. God has not forsaken us. God is in motion. Just like the Milky Way,” he said. “God is in constant motion — using light and darkness, emptiness andabundance, chaos and order, all to accomplish his righteous purpose. And in the fire and the flood there is an opportunity for each of us to depend on God… exceedingly. Think of it this way: would God be worth our prayers and praise if he couldn’t use the flood and the fire to make our lives more fruitful and abundant?”

Amen to that, Bishop.  And… Come, Lord Jesus!